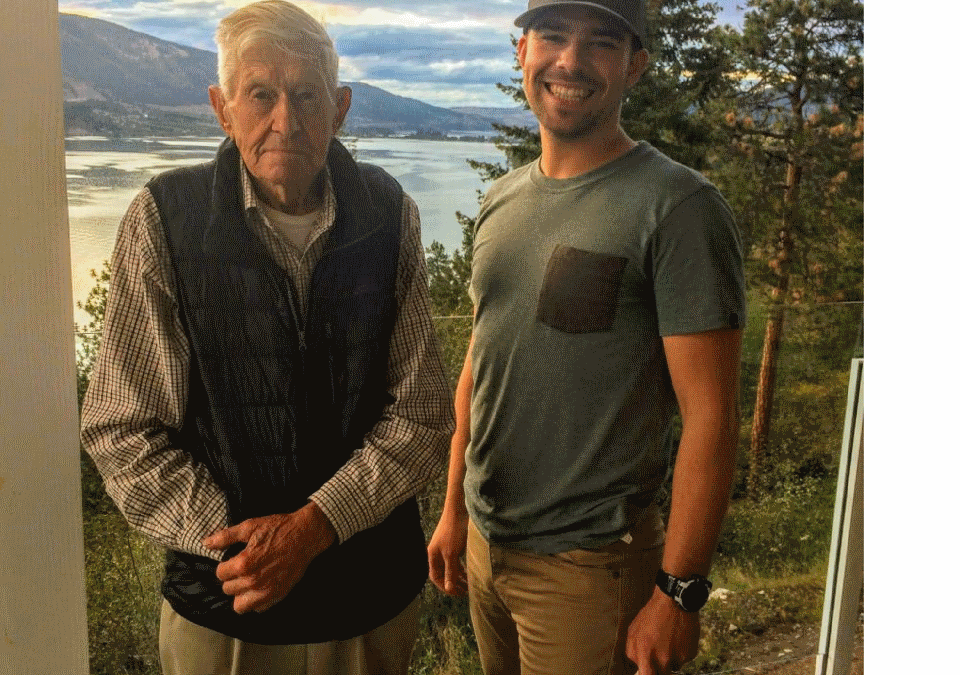 The Okanagan High Rim Trail connects Kelowna to Vernon along the edge of the hills on the east side of the Okanagan Valley. Last night the Okanagan High Rim Trail Association had the chance to sit down with Arnold Trewhitt, one of the original founders of the trail who was born on and has lived at the same property in Lake Country for 95 years. Let that sink in, Arnold has lived in Lake Country for 95 years.

Arnold said the area has changed a lot over the last century. He mentioned walking the hill sides when he was a younger man, following the trails the trappers, who took to the forest to make a buck during the great depression, had blazed. Arnold remembers hunting pheasant along what is now the Okanagan Rail Trail on the way home from school during the great depression, and how meat was so hard to come by in those days. When I asked Arnold what has changed the most over the last 95 years in Lake Country, he said people, cars…and laws. It almost sounded like an understatement.

It was clear that Arnold was passionate about the Okanagan High Rim Trail; he reiterated what a valuable asset it is to the community and shared a clipping from the Capital News dated April 11 1994 announcing that the trail was finally open. At the time, it was a bit of a learning process, and there was lots of annual work to keep the trail cleared. Most of the work was done by a small group of passionate retirees where Mary Bailey was invaluable in gathering support from the community and organizing the group. During the early days of the trail, this small group dwindled quickly. Bruce Sumner who was the original driving force for the project flagged the route, and marked out the locations for the original kilometer markers with cotton on a reel, but passed away shortly after it was completed. Arnold remembers sadly how Bruce’s health deteriorated near the end due to a brain tumor. Other volunteers moved away, and eventually there was little help to keep the trail in shape. 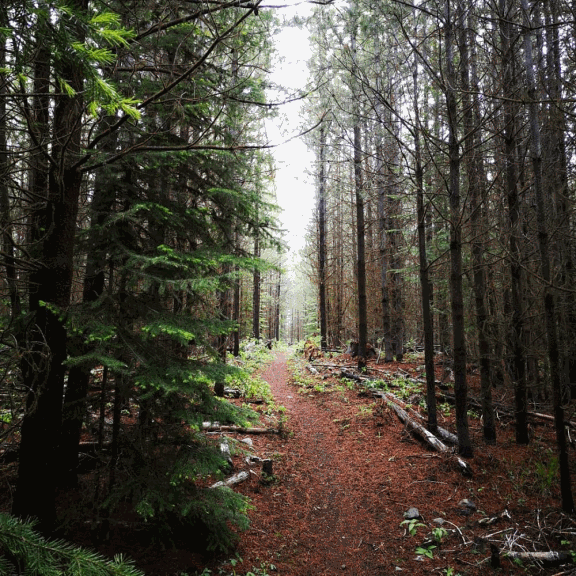 Tom Beggs who was also one of the original founders and came back from Victoria to spend three days every summer with Arnold to clear as much of the trail as they could. Arnold remembers Tom being as fast with an axe as Arnold was with a chainsaw. On one occasion they were stalked by a young cougar on the trail. Arnold recalls running at the cougar with the axe, expecting it to run away, but was unnerved when it just crouched down and watched him close the distance. The cougar seemed to leave them alone after throwing some rocks toward it. Arnold is witty and still pretty quick on his feet these days, and you wouldn’t want to come at him; even if you were a cougar.

Arnold is humble about what he has accomplished, and simply states that he enjoyed the work. Just about his whole family has taken an interest in the trail, spending time both enjoying and maintaining the asset, with a particular fondness for the section “Nan’s Path” between Beaver Lake and Oyama Lake. Arnold says you need to snowshoe the trail to use it to its full potential. 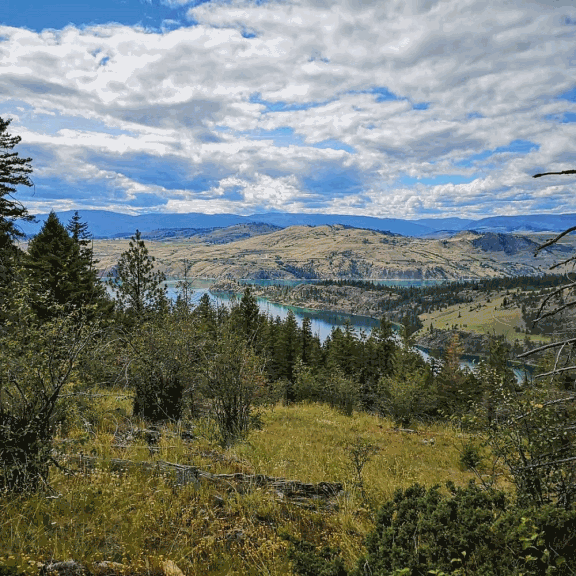 The Okanagan High Rim Trail Association is excited to keep up what other locals started almost 30 years ago. This summer and fall we are tackling the section “Cardiac Hill” at the Philpott Road trailhead which was damaged from the forest fire and subsequent logging in the area. If you are interested in volunteering, please consider registering and subscribing at HighRimTrail.ca.

{
I enjoyed the trail.